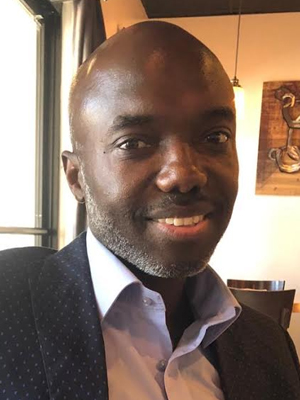 Tanis Tamar is the founder of TapTap Now, a mobile app that allows users to locate Haitian restaurants anywhere.

The original app, which was launched in early 2020, was designed and conceptualized by a team of developers based in Haiti. We have since modified it to add more features, namely better reporting and a more functional User Interface (U/I).

The app makes it easier for our restaurants to quickly and efficiently establish an online presence and also allows them to offer contact-less services to their customers.

Tanis is one of the co-founders of Haitian Restaurant Week, which aims to shine the spotlight on our cuisine during Haitian Heritage Month.

Tanis was born and raised in Haiti, but moved to the US right after High School to further his education. He obtained a Bachelor’s degree in Economics from the University of the District of Columbia and a Masters in Business Administration from Morgan State University. He’s an avid traveler and, of course, a foodie.