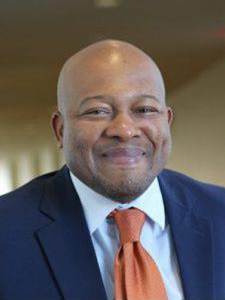 Adler Eliacin is a passionate Global Procurement and Diversity Strategy professional with over 20 years of experience. Adler is the Head of Supplier Diversity at State Street Corporation. He is responsible for developing and launching State Street supplier diversity program, and building the program to world-class level. State Street Corporation is the second oldest financial institution in the United States with US$2.8 trillion under management and US$32 trillion under custody and administration under management, making it the second largest custodian bank in the world. State Street operates in more than 100 geographic markets worldwide, including the US, Canada, Europe, the Middle East and Asia.

Before State Street, Adler was the Director of Corporate Relationship and Innovation for the Urban League of Eastern Massachusetts. Adler was responsible to strengthen regional corporate partnerships and developed job opportunity for Urban League clientele in the Greater Boston area. Beforehand, Adler was the Supply Diversity & Compliance manager at the Massachusetts Bay Transportation Authority (MBTA) of the Massachusetts Department of Transportation (MassDOT).  At the MBTA, Adler was responsible to identify business opportunities for minority, women and other diverse-owned Businesses, coach and mentor suppliers to become more competitive throughout Massachusetts.

Before joining the MBTA, Adler was a Senior Business Developer at Verizon Business.  There, he developed emerging business initiatives through a wide range of national partnerships.  Under his leadership, he oversaw unprecedented levels of growth in the booming healthcare information technology sector.

Adler has held senior International and Technology positions at iBasis – a Cisco company, AMICAS, and BBN – where he began his career at the prestigious BBN Technologies in Cambridge, MA.  During his tenure at iBasis, Adler successfully transitioned from IT to International Project Management by building on his relationships to clients on a global scale – where he worked and oversaw VoIP implementation projects in over 14 countries including China, Japan, Philippines, India, Sri Lanka, Germany, Greece, Mexico and Brazil.

In the community, Adler is a member of the Advisory Board of the National Alliance for the Advancement of Haitian (NAAHP), a member of the Advisory Board  of The Irish International Immigrant Center, a member of the Advisory Board of the Black Economic Council of Massachusetts, Inc. (BECMA), a Corporate Council member of Center For Women & Enterprise (CWE), a Corporate Council member of the Financial Services Roundtable for Supplier Diversity (FSRSD), a member of The Steering Committee of The Boston Foundation – Haiti Development Institute. Previously, Adler serves as the Chairman of the Haitian-American Chamber of Commerce of Massachusetts, a member of the Greater Boston Chamber of Commerce Chamber Leadership Alumni Council and on the Executive Board as Treasurer and Finance Chair of the Boston Branch National Association for the Advancement of Colored People (NAACP) overseeing the budget of the oldest chartered branch in the nation.  Ultimately, he is a dedicated community advocate for small business growth, professional mentoring and youth development.

Adler is a graduate of Northeastern University with a Bachelor’s degree in Management Information Technology and a minor in Marketing and completed the Harvard Business School, Executive Leadership Program in 2018.