Attorney, US Patent and Trademark Office

Researcher for the struggle to Exercise the Diaspora Vote 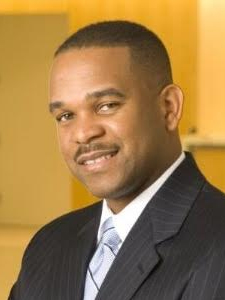 Albert DeCady is an Intellectual Property Attorney and Electrical Engineer. He is a seasoned senior official at the U.S. Patent and Trademark Office with over twenty-five years of experience in the field of patent. He is also an influential global leader in the Haitian Diaspora.

He oversees several major initiatives and holds high-level posts across Diaspora communities. To address the impacts of deforestation in Haiti, he co-founded A Dollar-A-Tree for Haiti with former Haiti Ambassador to U.S. Raymond Joseph. Immediately after the fatal 2010 earthquake in Haiti, DeCady served as Chair of the Greater Washington Haiti Relief Committee, which coordinated regional response efforts based at the Embassy of Haiti in Washington DC. He currently serves as the Chair of the Legislative Committee for the United Front (UF) and Co-Chair of the Haitian Diaspora Disaster Response Unit (HDERU).

DeCady regularly serves as a media commentator on Haitian radios. His TV appearances include ABC News, CGTV News, and Montgomery County TV. DeCady has participated in numerous panel discussions on issues relating to Haiti at the State Department, International Organization for Migration (IOM), the University of Maryland, College Park and other fora.

His academic credentials are extensive. DeCady earned Bachelor and Master degrees in Electrical Engineering from the City College of New York, a Master of Science in Information Systems Management from George Washington University, and a Juris Doctor from the Washington College of Law American University. Additionally, he is an active member of the Maryland Bar Associations.

DeCady resides in Maryland with his wife and three children.