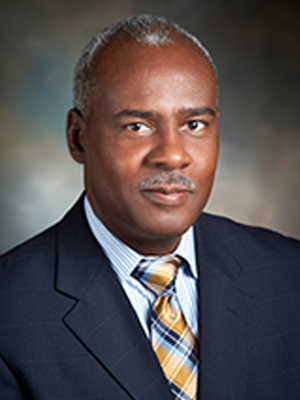 Alix Cantave is a senior program officer at the W.K. Kellogg Foundation, working in partnership with the Latin America and the Caribbean (LAC) team based in Mexico City.

He is responsible for identifying and nurturing positive, systemic change within communities, executing programming efforts aligned with the strategic programming functions of the overall foundation and implementing a micro regional strategy in Haiti in collaboration with other LAC staff, and leading the Haiti team. He is a key resource for the compilation, organization, utilization and communication of information and knowledge. He also establishes, monitors and manages relationships, partnerships, collaborations and contacts with intermediaries, consultants, community and legislative leaders.

Prior to joining the foundation in 2011, Cantave was the associate director of the William Monroe Trotter Institute at the University of Massachusetts in Boston, where he established and managed a consortium of 20 colleges and universities in the United States, Canada, Spain and the Caribbean to support the rebuilding and improvement of higher education in Haiti. Other professional experiences include serving as: economic development program officer for the Local Initiatives Support Corporation (LISC) in Boston (1999-2006); founding director, Haitian Studies Association/Haitian Studies Project at the University of Massachusetts (1994-1999); and research associate, Harvard University Immigration Projects, Harvard University Graduate School of Education (1997-1999).

He has also been a lecturer at the University of Massachusetts Boston Africana Studies Department, where he taught undergraduate courses on Caribbean studies and research methods in Haiti as part of a partnership with State University of Haiti National Institute of Administration, Management and International Studies and at the Tufts University Department of Urban and Environmental Policy and Planning in Medford, Massachusetts.

Cantave holds a Ph.D. in public policy from the University of Massachusetts; a Master of Science in City and Regional Planning from the Pratt Institute in Brooklyn, New York; and a Bachelor of Arts in Environmental Design from SUNY in Buffalo, New York.

The W.K. Kellogg Foundation (WKKF), founded in 1930 as an independent, private foundation by breakfast cereal pioneer, Will Keith Kellogg, is among the largest philanthropic foundations in the United States. Guided by the belief that all children should have an equal opportunity to thrive, WKKF works with communities to create conditions for vulnerable children so they can realize their full potential in school, work and life.

The Kellogg Foundation is based in Battle Creek, Michigan, and works throughout the United States and internationally, as well as with sovereign tribes. Special emphasis is paid to priority places where there are high concentrations of poverty and where children face significant barriers to success. WKKF priority places in the U.S. are in Michigan, Mississippi, New Mexico and New Orleans; and internationally, are in Mexico and Haiti. For more information, visit www.wkkf.org.