Ambassador of the Republic of Haiti in the United States 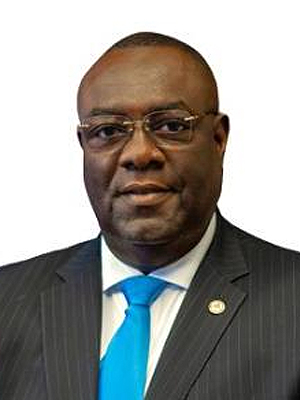 His Excellency Ambassador Bocchit Edmond, is a 30–year diplomat serving in the role as the Ambassador of the Republic of Haiti in the United States.

The Ambassador started his tremendous career in 1990 as an Attaché in the Ministry of Foreign Affairs. In 1993, he was promoted to First Secretary and then Counselor in 1996. He later worked as a Member of the Presidential Committee, facilitating Haiti’s membership in CARICOM, then served as a Counselor at the Embassy of Haiti in Kingston, Jamaica from 2001 to 2003.

In 2004, he became the Chargé d’Affaires of Haiti in Panama, Central America and Colombia, a position he held until 2011. In January 2012, he was nominated Deputy Permanent Representative of Haiti to the OAS for two years before becoming the Permanent Representative in 2014. In 2016, he was transferred to the Haitian Embassy in London as Chief of Mission until September 2018 when he was appointed as the Minister of Foreign Affairs and Worship while simultaneously serving as Minister of Tourism and Creative Industries in September 2019. He held both positions held until March 2020. In November 2020, Edmond was appointed Ambassador to the United States of America.