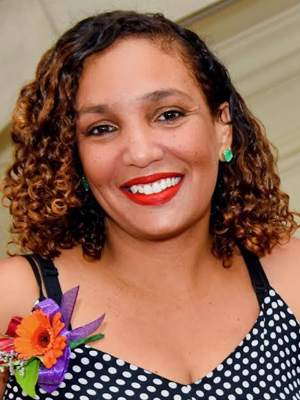 Arielle Dominique is a Public Engagement Strategist with 20+ years of extensive experience in developing and leveraging relationships to build and support strategic partnerships. She currently serves as the founding Executive Director of the Miami-based Haitian-American Foundation for Democracy (HAFFD), a national organization whose mission is to engage the Haitian-American diaspora in promoting policies that foster democracy, human rights, economic development, and inclusion.

Born and raised in Port-au-Prince, Haiti, and a member of the Haitian American Diaspora for the past 22 years, she is highly effective in framing and developing strategic outreach and advocacy recommendations targeting the Haitian-American Diaspora, Haiti-based collaborators and international stakeholders. As such, she has worked with a vast network of government officials and agencies, not-for-profits, community leaders, cultural influencers and civic society groups. She is well known for her ability to connect grassroots and grasstops both in Haiti and in the US.

For over five years she lived in Washington DC, and worked as a Consultant, Minister Counselor for the Embassy of Haiti in Washington, D.C. In that capacity, she curated events at the U.S. White House, the Embassy of Haiti, the Smithsonian African Museum to name a few. During President Obama’s second presidential campaign, she served as a fundraiser and a Victory Trustee.

Arielle is a co-founder of the Haitian Ladies Network™, the largest global platform connecting more than 75,000 women and girls of Haitian descent. She leads the External Affairs, Cultural, and Sponsorship Committees for this powerful professional and social network.