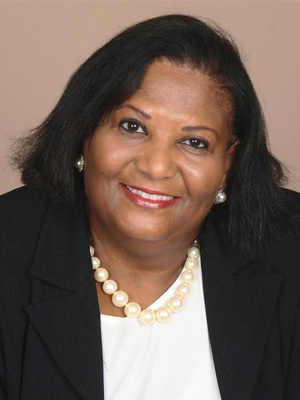 Aude M.L. Sicard was born in Port-au-Prince, Haiti and moved to Waukegan, Illinois in 1977. Ms. Sicard obtained a Masters in Business Administration with a focus on Health Care Management at University of Phoenix, and a double major in Criminal Justice and Political Sciences at Florida International University. Ms. Sicard’s 32-years career in healthcare administration was at Jackson Health System from 1983 to 2015. As an employee of Jackson Health System Ms. Sicard was instrumental in changing policies that adversely affected access to care; and most importantly created a program to train financial assessment staff giving them a better understanding of immigration laws and their impact on Access to Healthcare.

Ms. Sicard’s involvement in the socio-economic and political challenges of the Haitian community began in 1982 with the Haitian American Benevolent Association (HABA); a not for profit organization whose mission was to assist the transition of the first wave of Haitians newly arrived in Homestead and Florida City. Ms. Sicard became a Guardian, an advocate for children’s rights with the Guardian Ad Litem. She educated the population about disciplining children, civism and voting rights through radio and television programs.

As a founding member of the Haitian American Grassroots Coalition Ms. Sicard refused to give up when all seemed lost for a bill that was introduced to grant permanent residence to approximately 50,000 Haitians. She led a delegation to Washington. D.C. to support the “Dear Colleague Letter” issued by Senator Bob Graham asking Congress to pass the Haitian Immigration Fairness Act of 1998 (HRIFA). The work of the delegation contributed immensely to the successful passage of HRIFA.

Ms. Sicard has appeared in numerous radio and TV programs. She hosted her own TV show Access to Health Care with WLRN Cable Tap, and was interviewed by Channel 4 concerning the Elian Gonzalez saga; and Channel 10 concerning economic versus political situations in Haiti vis a vis the refugees. For two years, Ms. Sicard hosted her show “Miromax” on Planet 17 Radio. The show covered current events with a focus on politic and access to healthcare. She was a member of the Complete Count Committee for Census 2000, and 2010.

Ms. Sicard is the founder and President of Women Alliance of Miami-Dade & Broward, Inc. (WAMDB). Incorporated in 1998. Women Alliance of Miami-Dade & Broward, Inc.’s mission is to advocate for children and immigrant women, with a focus on access to health care. The Miami Herald featured Ms. Sicard as an advocate for Access to Health Care by immigrants in their Thanksgiving Specials in 2005. As an employee of Jackson Health System she recommended changes to policies that adversely impacted access to health care by the undocumented.

Ms. Sicard was a columnist in Main Stream, a local newspaper. Her articles brought awareness about the complexities of the health care industry in the U.S.A. Her article on Immigrant Elders Access to Health Care was published by the Florida Commission on the Status Of Women in their 2006 Annual Report.

Ms. Sicard is the recipient of numerous Awards, Proclamations and Certificates of Appreciation as follows: