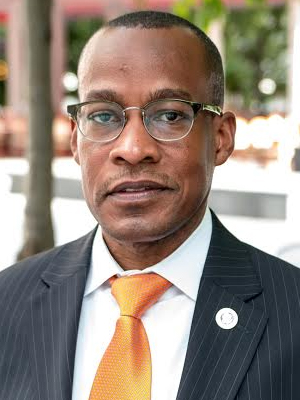 Prior to that, Mr. Stoddart served as CEO of The Partnership CDC (community development corporation) and its subsidiaries where he created 114 new permanent jobs, and invested
$100 (US$) million dollars in the community. Mr. Stoddart also served as Vice President of Pennrose Service Company, managing green construction for a $2 billion company.

Mr. Stoddart was born in Spanish Town Jamaica and is very active in the Jamaican Diaspora. He attended Glenmuir High School and migrated to the United States at age 15. Mr. Stoddart is Co-Founder of Team Jamaica Bickle, and Founder of Young Caribbean Professional Network (www.ycpn.org). Young Caribbean Professional Network offers scholarships to Caribbean and Latino students attending universities at the University of Pennsylvania, Temple, Drexel, Villanova, Georgetown and Florida A&M Universities. Young Caribbean will offer scholarships to UWI students in Jamaica and Trinidad next year. Mr. Stoddart is a sought-after speaker in the Diaspora and is viewed as an expert in economic development and job creation. He was the opening speaker at the inaugural diaspora conference in 2004. He has been bestowed the New York Consul General’s Award, the Philadelphia Business Journal’s Minority Business Leader Award, and the Global Philadelphia Award. Mr. Stoddart lives in Pennsylvania with his family.