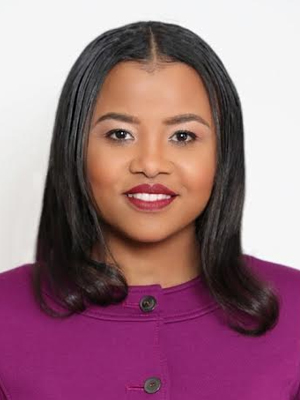 Mrs. Charnette Frederic was born in Cazale, Haiti, where she attended and graduated from Saint Trinitė, a primary school, and later attended College Saint Pierre, a secondary school. In 1996, her twin brothers, her mother, and she rejoined her father in Irvington, NJ.

She had an associate degree majored in Biology at Essex County College and graduated in 1999. She acquired her bachelor’s degree majored in Biology and minored in Chemistry at Rutgers University, New Jersey, in 2001. Mrs. Frederic obtained a master’s in healthcare administration (MHA) from Seton Hall University, New Jersey, in 2005. She had a New Jersey licensed Nursing Home Administrator. As of 2019, she is working to become a Ph.D. candidate majoring in Biochemistry at Seton Hall University. From 2002 to 2018, Charnette Frederic was a Senior Scientist at Roche Molecular Systems, a division of Hoffmann-La Roche, Diagnostic Company. She worked as QC Manager at Novartis. She is the Chief Executive Officer for First Triangle, a Construction and investment firm.

Councilwoman Frederic is married to Joseph Betissan Frederic with one amazing son. She is known for mobilizing the community and rallying support for worthy causes. She received various awards throughout the United States for her community work in Irvington. She founded Charnette Frederic Civic Association, a non-profit organization 501(c)3, committed to creating opportunities for people to come together and celebrate the community, coordinate activities, and develop projects to promote community involvement. She championed sustainability in Irvington through Irvington Green Team. Mrs. Frederic is passionate about serving the Irvington community. She is the chairwoman of the National Haitian American Elected Official Network (NHAEON). NHAEON is the largest network of Haitian American Elected & Appointed Officials organization in the US.