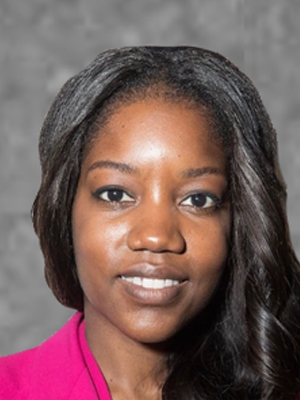 A turning point in Claudette’s career that motivated her to focus on civic engagement was the opportunity to be one of 10 U.S. Senate staff members selected to participate in the US Congress/German Bundestag-Bundesrat Staff Exchange in 2016. At that time, German politicians had a strong interest in American voting patterns. This staff exchange enabled Claudette to share voting information about previous U.S. elections that addressed the Germans’ interest. Since then, Claudette has been a strong proponent of actively engaging American citizens in the democratic process and the civic importance of voting.

In the community, Claudette has been very active in a number of activities which include volunteering with the Burch School’s Rock Creek Park clean-up; and educating high school students on the importance of civic engagement and voter outreach.

Claudette David was born in Washington, DC and has lived in Wakefield as a homeowner since 2013. Throughout her career, she has served in various levels of government and non-profit organizations such the U.S. Peace Corps in Gabon, Central Africa; and as a senior staff member in the United States Senate and the Virginia General Assembly. Claudette is the Executive Director of the DC Democratic Party. She enjoys running her regular loop through Rock Creek Park and cycling on nearby bike routes.