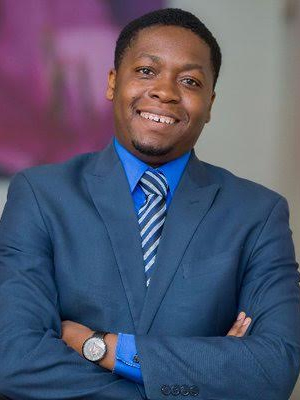 Mr Clifford Reginald Nau is the Director of the Economic Promotion Division at the Ministry of Economy and Finance and Economic Adviser of the Presidency of the Republic of Haiti. Mr Nau’s main task is to work with Government and private sector leaders on Private Sector Development Policies. He led a team working on policies related to business climate reform, entrepreneurship and innovation, business regulation, start up and scale up policies, financial inclusion strategy, cluster and industrial policy, competitiveness and knowledge economy. He was instrumental on the Investment and competitiveness forum hold in port au prince in September 2017 and the launch of the first tech incubator “Alpha Haiti” in June 2018. Mr Nau works also on attracting foreign direct investors in Haiti and advise the Government of Haiti on future investment project that can revitalize the economy of Haiti and the Caribbean region. He is also a professor of public policy and teaches policy process and policy analysis at the CTPEA

Mr Nau has worked on several policy papers for the Ministry of Economy and Finance such as : “Diaspora Investment Strategies and Policies for Haiti” ; “Policy tools to boost digital economy in Haiti” ; “Business environment reform and public private dialogue” and other policy papers with international organizations such as : “Haiti let’s talk competition, a brief review of market conditions” with the World Bank and “A strategy for Haitian Prosperity” with the Institute for Strategy and Competitiveness at Harvard Business School.

Mr Nau hold an advance bachelor degree in Applied Quantitative Economics at CTPEA. He has received a Fulbright scholarship for a master of Public Policy in Atlanta, Georgia in 2013. He hold also an executive degree at Harvard Kennedy School of Government on financial inclusion policy in 2015, an executive degree at Babson College on Entrepreneurial Ecosystem strategy in 2016 and an advance degree in Public Policy at Ecole National d’Administration, ENA (France) in 2016. He has hold several position in the Ministry of Economy and Finance as policy analyst, senior economist, chief of staff of Minister of Finance, coordinator of business climate reform unit, Coordinator of the Tech Incubator “Alpha Haiti” and as Director of Economic Promotion Division.