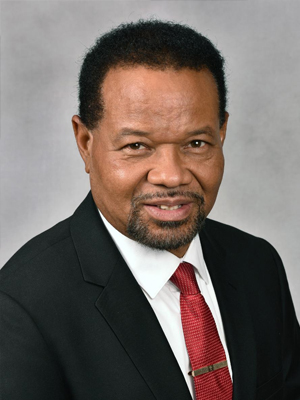 Historically, on November 8, 2016, Samson Borgelin, a Haitian-American, won the election to become the new Commissioner for District D in North Lauderdale. Born and raised in Haiti, Mr. Borgelin miraculously survived his entire family, and rescued to an orphanage by his loving Canadian missionary foster parents Bob and Vera Stewart, in Les Cayes, Haiti. At 12 years old, the orphanage doors were closed, but Borgelin was exceptionally blessed to further his education through his post-secondary studies. At 20 years of age, he became the first assistant field director for Compassion International Inc., in Haiti (Caribbean Zone). Quickly he demonstrated innate leadership ability, dynamism and dedication. For the next three years, he was instrumental to the success of the organization by registering children, developing the program, and helping establish and expand the first local office in Petionville, Haiti.

With God’s help, at 24 years old, Mr. Borgelin migrated to the eastern and mid-west of USA, then finally settled in South Florida. He met and married the lovely Dorothy Suzan, from which union issued three blessed handsome boys: Shamyr, Shamarly, and Shanyder. Since November 1997, the family adopted North Lauderdale as their definitive home. With the support of his wife, Mr. Borgelin studied Business Management, Advanced Theology, and Psychology. He earns his master degrees in Guidance and School Counseling, and Mental Health from Trinity International University. Mr. Borgelin initiated Churches Community Youth Booster, a local mentoring and educational ministry targeting children, youths and families at-risk. He taught the game of soccer for over 10 years, in North Lauderdale.

Having won the seat for Commissioner, is not taken for granted. Commissioner Borgelin is grateful for this unique opportunity to serve. He considers this new position not a job, but a cause that can bring meaningful differences in the lives of the people of North Lauderdale. He is dedicated to hear and listen to the concerns, and ideas about his community in order to create and develop an intimate, and supportive relationship, and to keep an ongoing open dialogue between the constituency and the city.