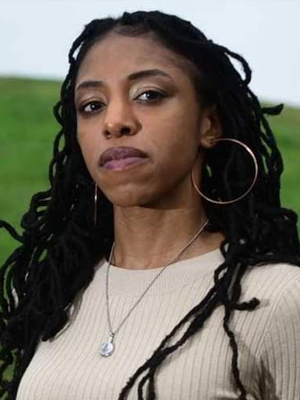 When Diana Révolus was asked to replace Ernie Dumas on the city’s Common Council in September, the decision came easy.

For Révolus, the decision to accept the appointment was less a choice than an obligation. It was a debt owed to her parents, a pair of first-generation Haitian immigrants who had dedicated their own lives to the betterment of the Black community.

Her father, fresh out of Haiti, started the Haitian Community Center in Stamford in the 1980s. Her mother, a teacher in Stamford, later started the city’s New Arrivals Program — a school initiative that helps students who have been in the United States for less than a year to learn English.

This legacy jumped straight to mind when she was approached with the opportunity to affect policy at the highest municipal level.

Révolus, 37, took over for Dumas as District B councilwoman in September, about a month after he stepped down due to illness. Dumas had served since 2018, when he was appointed to replace former Councilwoman Faye Bowman.

Dumas, an outspoken advocate for the South Norwalk community, said that while Révolus was not his first choice to fill his seat, he hopes she will continue to “look out” for South Norwalk and the city’s Black community.

“I want somebody who is going to look out for the community and be a boots-on-the-ground leader, someone who knows the community in and out,” Dumas said.

Révolus said she has “big shoes to fill” when it comes to replacing Dumas, but she looks forward to continuing his advocacy on behalf of the neighborhood.

“My biggest thing is getting the people in my district to understand the power of their voices and the importance that local politics holds in their lives. I want them to understand that they are the stone that falls in the pond and creates the ripples that leads to real change,” Révolus said.

Like Dumas, Révolus said she will rely on door-to-door interaction and community gatherings to spread her message.

Through her position, Révolus said she hopes to address health, justice and education reform in her community. The first step toward doing this, she said, is mobilizing the South Norwalk community and focusing their attention on pursuing equitable treatment throughout the city, regardless of wealth, race or creed.

“It’s not just one thing, there are a number of obstacles facing my community and others. To overcome them, people will need to work together and make their voices heard,” she said.

Prior to joining the Common Council, the Stamford native and longtime Norwalk resident served on the Board of Directors for Norwalk ACTS, a cradle-to-career program aimed at creating equitable opportunities for underprivileged children. She also mentors through the Human Services Council, and is an active member of the Brien McMahon High School Governance Council.