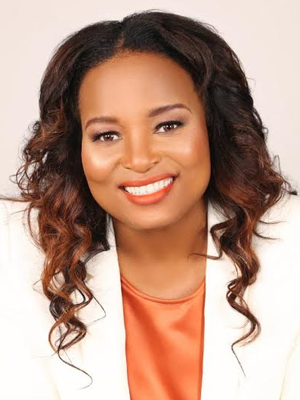 Dr. Monalisa Ferrari is the Founder and President of FEWGI Foundation for the Emancipation of Women and Girls located in 10 cities in Haiti, Dominican Republic, Brazil, Chile, USA, soon in Angola Africa. She is a multi–talented entrepreneur, after having established her career as an educator, community leader and organizer, media, marketing and public relations expert, innovator, philanthropist, campaign strategist She recently co–founded DREP Disaster Relief and Emergency Preparedness by putting together over 250 professionals from an array of backgrounds to assist with the most recent Haiti Earthquake Relief and soon thereafter mobilized to assist with the Texas Migrant Crisis.

Dr. Monalisa Ferrari is the CEO of Ferrari and Associates International, LLC, a New York–based consulting firm that facilitates leadership and professional development within education, non–profit and private sectors in the US and Haiti. Known as an educator, community leader, media expert and philanthropist, Dr. Ferrari started her career in education in 1985 as an Adult Literacy and ESL Teacher. She is currently a Director of Professional Development for New York City’s Department of Education, but has worked in various positions such as a Professional Development Coordinator, Middle School Director, Dean, Lead Teacher, and Mentor, among others. Her leadership and passion for education goes beyond the classroom.

She has worked with several organizations such as the New York State Association for Bilingual Education of which she served as Vice President. She also has served as President of the Haitian Educators League for Progress between 2010 and 2013, a non–profit community–based organization serving Haitian educators in New York City and Haiti. In her role as President of the League, Dr. Ferrari provided professional development to teachers through seminars on teaching methodologies, data analysis, behavior management, and more. She is the Co–Founder of the United Front of the Haitian Diaspora and has served as Vice President and later on as Executive Director.

She has also worked with several groups of women in the New York tristate area by facilitating conversations and workshops that promote leadership, civic engagement and youth education. Dr. Ferrari’s vision is to see a more united and fortified Haiti and Haitian Diaspora, which is why she works relentlessly on building sustainable partnerships with many organizations in the US and Haiti. She is an active member of Haitian Leadership Fellowship, now known as the Haitian Leadership Coalition. The coalition, which is a project of CAUSE–NY, the intergroup relations department of the

Jewish Community Relations Council of New York (JCRC–NY), is in partnership with the Brooklyn Community Foundation’s New York City Haitian American Hope and Healing Fund. Her contribution to the coalition has enhanced ongoing interactions with all community leaders towards the rebuilding of Haiti.

Through various initiatives in the media, Dr. Ferrari works to inform, educate and empower youths across the Haitian diaspora, and bridge the intergenerational gap. She is the host of Radyo Pa Nou Perspectives Haitiennes, a 38 year–old weekly radio program on 91.5 FM WNYE NY, and is the voice of the Society for Haitian Research, where she serves as President and Mentor. She is the executive producer and host for Le Mojo Show, a virtual series broadcast through Facebook Live and YouTube which hosts discussions and in–depth interviews on key social, political, and economic issues relevant to Haitians. She also hosts segments on Radio Tele Solidarite (RTS–TV) and “Bel Pawol Dyaspora” on Haiti News Network (HNN),Cohost of Diasporama on Radio Tele Haitianna where she gathers leaders across the Haitian diaspora to discuss issues that affect the global community.