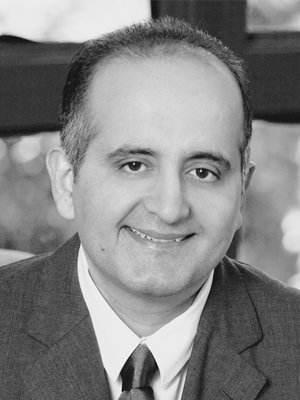 Raj Dahiya, M.D., serves as the Chief Medical Officer to Blue Ocean Harvest and Co-Founder to Santé Nou Health, a multi-decade population health and human development initiative being developed in conjunction with a large multilateral development bank. Dr. Dahiya is a board certified radiation oncologist with extensive experience in prostate, breast and lung cancer as well as brain tumors. He is a 1994 graduate of the first US 6-year combined BA/MD program at the University of Missouri – Kansas City School of Medicine. He went on to complete residencies in Internal Medicine followed by Radiation Oncology. Dr. Dahiya, in 2013, received further studies at Harvard Business School under the Young Presidents Organization (YPO) Program.

He is a co-founder and past Medical Director of the San Antonio Head and Neck Cancer Tumor Board and successfully built one of the largest multispecialty practices in South Texas. In 2016, Dr. Dahiya further broadened his scope by helping to co-found Predictive Medical Solutions, a high complexity laboratory, based in Dallas, Texas. He has served as a Board member of Our Lady of the Lake University (OLLU) in San Antonio and on the Medical Advisory Council of Lone Star National Bank. He was inducted into YPO in 2011 and selected by his peers to lead a joint collaboration between the chapters in Mexico City and San Antonio. Dr. Dahiya was later elected YPO Membership Chair of his chapter in 2013 and helped facilitate substantial member growth.

Dr. Dahiya has been an Attending Physician for a number of hospitals within HCA and Vanguard/Baptist, as well as Christus Health Systems. He has served as a Medical Consultant to Mumbai based CSC Biopharmaceuticals. In 2013, he was appointed to the Board of Directors of YPO San Antonio, and he remains an active member of a variety of local, national and international initiatives dedicated to the advancement of cancer medicine, cancer science, and cancer prevention.

Dr. Dahiya received advanced GammaKnife stereotactic radiosurgery training at the prestigious Leksell Karolinska Institute in Stockholm, Sweden and has authored a number of scientific articles and reviews related to oncology, particularly within the space of oropharyngeal head & neck, lung and prostate cancer. In 2014, Dr. Dahiya, co-authored and published a book entitled Understanding Microinflammation: The Common Link Between Aging, Cancer and Coronary Disease which explains complex molecular mechanisms found in both of the top two causes of mortality in the US.

His present research activities are focused on the prevention of cancer, including assessment of risk factors, and helping build scalable, preventative medicine models at the primary care level.