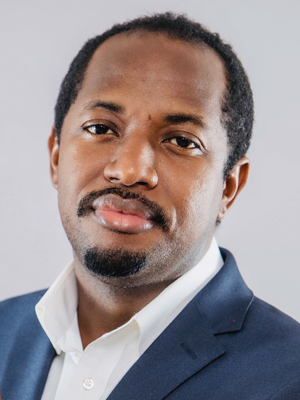 Etzer EMILE is an economist and business consultant. He holds an MBA and a bachelor degree in Economics from Université Quisqueya (Haïti). He is the founder and CEO of Haiti Efficace, a business consulting firm and president of Fondation Avenir.

He is also a professor and the Director of the Center of Entrepreneurship at Université Quisqueya. Since 2015, he has completed various executive training programs with a focus on business development, innovation and economic growth at Harvard Kennedy School, Oklahoma State University, Mexico, Guatemala, Belgium, Taiwan. In 2017 he was a beneficiary of the IVLP program of the State Department.

Etzer Emile is hosting an economic show on TV, Radio and Social Media and has been giving conferences in more than 100 cities in Haiti for the past 8 years on civic education, financial literacy and entrepreneurship. On November 2017, he has published a best-selling book “Haiti has chosen to become a poor country: twenty reasons that prove it”, with more than 25,000 copies already sold.