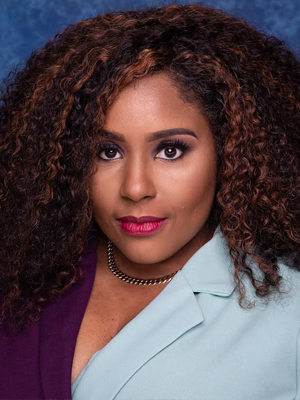 Also known as the “One Woman Bandit,” Broadcast Journalist Fadia Patterson has been telling stories for 15 years. She currently works in Tampa, Florida for Bay News 9. She has won numerous awards for her work which spans investigations and watchdog reporting, affordable housing, and local stories of the Haitian diaspora.

A graduate of Florida State University, Fadia began her career in South Florida and her broadcasting career has taken her to Buffalo, New York, Kentucky, Indiana, and Tennessee. During her stop in Tennessee, she completed her Master’s degree in Communications at Middle Tennessee State University.

When Fadia isn’t working her beat, you can find her out and about engaged in the community and across the Tampa Bay area. Fadia is a member of the Zeta Phi Beta Sorority, Incorporated and in her downtime spends time with her family. She is the oldest of six sisters and one brother.