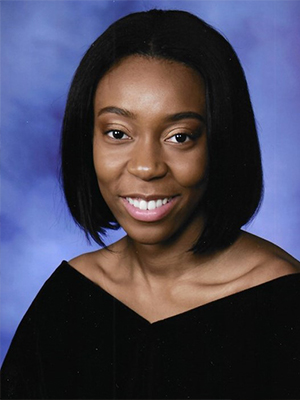 Fiona Joseph will be attending the Elliott School of International Affairs at George Washington University this upcoming fall. Born and raised in Elizabeth, New Jersey Fiona has been witness to the sacrifices made by both her grandmother and parents as immigrants from Port-au- Prince, Haiti. Thus, she aspires to empower indigent communities worldwide through international public policy as a Foreign Service Officer. Growing up within a culturally diverse city, Fiona desires to implement her inclination to help others with her passion for learning about different cultures as an International Affairs major. She is determined to making her aspirations a reality through her diligent studies and advocacy for her local community. As an advocate for teen laborers and immigrant-rights, Fiona has made successful contributions as a youth leader at a community-based organization, Make the Road NJ. Her work with the organization involved advocating for the inclusion of teen workers in a state minimum-wage increase bill. Her success alongside her peers has allowed her a feature in several NJ articles including a Teen Vogue article. In her high school, Fiona is an active member of her school community as Student Body President and a Mentor in her Speech and Debate Team.

Additionally, as secretary of the Union County Youth Board, she encourages other students to engage with their community as well through the county’s community service program SHOUT (Students Helping Out Union County). She hopes to participate in the Peace Corps after university and pursue not only a transformative education at GWU but a transformative career in the near future.