Economist and Board Member, Bank of the Republic of Haiti 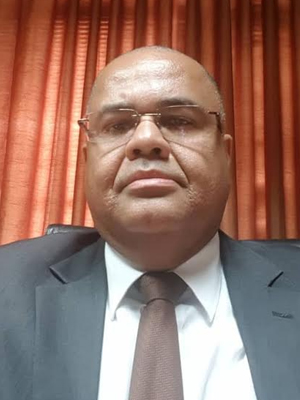 After completing my master’s degree in economics in Montreal and working as a teaching fellow in econometrics for one year, I moved back to Haiti in 1995. I started my career at the BRH at the macroeconomic research department, became a member of the Monetary policy Committee, then the head of the International department, and reached the executive board since September 2007. I’ve also worked as a consultant on macroeconomic and development policy issues. I represented the Bank on several national commissions: Regional Integration to the Caricom Community (common market), Financial Inclusion, Anti-Money Laundering, Trade and migrations with Dominican Republic. I’ve attended several executive trainings courses mostly on Macroeconomic, Monetary and Financial policies, Macro prudential policies and Growth policies.

As an executive board member, I notably oversee the technical departments dealing with macroeconomic and external sector policies. I’m deeply involved in the monitoring process of the foreign exchange market and work a lot on incentive mechanisms, public policy proposals that could lead to a sustainable long term economic growth.

I deeply believe that Haiti can converge towards the maximization of its full long term economic potential with a valorization of its numerous value chains. This requires that key stakeholders of the Haitian society reach the consensus around a vision of Haiti’s development and of the country’s State and the minimal public policies necessary to reach the path of the objectives associated with the identified vision.