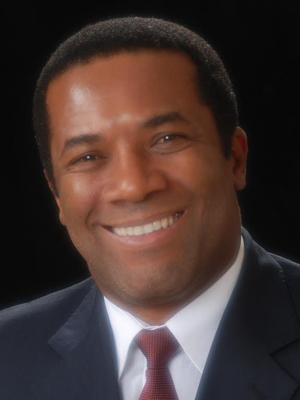 Mr. Laguerre was born in Port-au-Prince, Haiti, on May 30, 1963. He studied both in Haiti and the United States. He holds a master’s degree in international relations from Long Island University and a law degree from the Faculty of Law and Economics of Haiti. He chaired the board of directors of the Institute for Political and Social Studies (ISPOS). He led the Institute for ten years as Executive Director. He is a founding member and leader of the “Nou Se WOZO” political movement that focuses on women and youth as their main social base. During his ten years of leadership, ISPOS has trained nearly 10,000 political cadres, mainly young people and women. He lead many dialogue processes; worked with the UN and different countries such as Norway, Sweden, USA, Canada, etc…

ISPOS, under the leadership of Mr. Laguerre, was responsible for the Electoral Code of Conduct in 2005 and the Pact of governability. Most importantly, Mr. Laguerre conceived and saw the formation of the convention of political parties in 2006.

Mr. Laguerre worked as a diplomat, representing Haiti at the Permanent Mission of Haiti to the UN (1991-1993)

He was a representing member of the Special Committee against Apartheid and as such has conducted several special missions for the U.N.G.S. in South Africa and participated in the process of the first post-apartheid elections.

Mr. Laguerre, led a dialogue process between Haiti and the Dominican Republic, a process supported by the Norwegian government. He has been Professor of International Relations at INAGHEI University, and gives lectures from time to time. Mr. Laguerre was a presidential candidate in 2010.

Mr. Laguerre has also worked in the business sector, import-export, Mr. Laguerre is now a real estate developer. He has conceived and oversaw the building of Gala Tower, a condominium Hotel.
Mr. Laguerre is a pioneer in the construction of condominiums in Haiti!