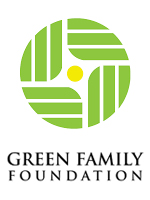 The Green Family Foundation’s mission is to make a positive and meaningful impact in communities both at home and abroad. We provide funding and resources to organizations that support education, global health and community development. GFF empowers under-served communities to fight the cycle of extreme poverty, leading to sustainable programs that improve lives.

GFF supports grassroots initiatives that provide quality care to those in need by focusing on prevention, education and treatment. The foundation empowers communities through grants that enable progressive organizations to help build self-reliance.

Under the leadership of Ms. Kimberly Green an accomplished philanthropist, writer and documentary-filmmaker, the Green Family Foundation has spearheaded a variety of initiatives in Haiti and in Miami.

In Haiti, where GFF has been active for more than a decade, Ms. Green’s work ranges from community health and development to cultural repatriation and preservation, and includes a partnership with Columbia University’s Earth Institute and the establishing of the Haiti Policy Program (which helps to support the Haiti Policy Advisor position currently held by Dr. Tatiana Wah, who provides economic policy advice to the President and Government of Haiti), as well as partnering with Fastforward for the Sinema Anba Zetwal (Cinema Under the Stars) “Food for Souls” tour (which followed the 2010 earthquake’s fault line and was attended by over 250,000), and executive producing The Alan Lomax in Haiti: Recordings for the Library of Congress, 1936-1937 box set (which received two Grammy nominations).

Ms. Green, who directed and produced the award-winning documentary “Once There Was a Country: Revisiting Haiti” (narrated by Dr. Maya Angelou and Guy Johnson), also oversees the Cultural Committee for the Clinton Global Initiative Haiti Action Network.

Furthermore, Ms. Green and GFF’s close association with FIU has resulted in the creation of both the Steven and Dorothea Green Library and the Digital Library of the Caribbean, as well as the establishing of NeighborhoodHELP (Health, Education, Learning, Program), where students of the Herbert Wertheim College of Medicine work with medically under-served families throughout Miami-Dade County. For more information about the Green Family Foundation – visit their website at: https://www.greenff.org/