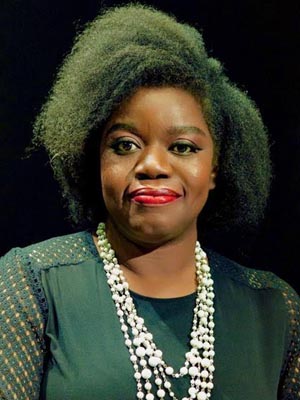 Guerline Jozef is a leading human rights advocate who dedicates her life to bringing awareness to issues that affect us all locally and globally, such as immigration, domestic violence, child sexual abuse, and other human rights issues. She is the Co-Founder and Executive Director of the Haitian Bridge Alliance (HBA), a U.S.-based nonprofit organization that advocates for fair and humane immigration policies. HBA provides migrants and immigrants with humanitarian, deportation defense, legal, and social services. It has a particular focus on Black immigrants from the Caribbean and Africa, the Haitian community, women and girls, LGBTQA+ individuals, and survivors of torture and other human rights abuses. She is the co-founder of the Black Immigrants Bail Fund and the Cameroon Advocacy Network. Ms. Jozef was named one of POLITICO’s 2021 40 Most Influential People on Race, Politics, and Policy in the United States for her leadership and is the recipient of prestigious awards—most recently, the Las Americas’ 2021 Border Heroes Award, the 2021 Robert F. Kennedy Human Rights Award, the 2022 National Haitian-American Elected Officials Network Community Champion Award and the 2022 American Immigration Lawyers Association’s Arthur C. Helton Human Rights Award.