Governor of the Bank of the Republic of Haiti (central bank) 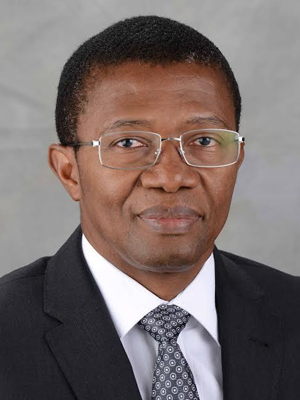 Jean Baden Dubois has been Governor of the Bank of the Republic of Haiti (BRH) since December 2015. He is a highly qualified and much respected professional, with 25 years of experience within the Haitian financial system. Having joined Citibank’s Haiti branch in 1990, his competence warrants such high praise that he is selected from among the 20 young professionals from all Citibank branches in the Caribbean and Latin America, to take part in a management trainee program known as Entering the CITI. This training is equivalent to that of an MBA in Banking and Finance. Mr. Dubois also holds a master’s degree in Industrial Engineering from the University of Illinois at Chicago, with a minor in Operational Research.

Governor Dubois joined the Central Bank of Haiti in 1995 as Administrative Director, a position he’s held for four (4) years. From 1999 to 2001, he worked as an Expert delegated to the office of the Minister of Economy and Finance, and then held the position of Director of the BRH’s Information and Technology Department from 2001 to 2011. In November 2011, he joined the Governing Board of the BRH as Managing Director (Directeur Général).

Jean Baden Dubois is at the root of many reforms that have intensified the modernization of both the BRH and the Haitian payment system. He understands that the Haitian economy’s many imbalances must be resolved in a sustainable manner in order to break the cycle of poverty in his country. Hence his current focus on the conception and the promotion of a monetary-policy agenda primarily geared towards sustainable and inclusive growth. Among the key elements of this agenda are the duty-free zone development program, the credit access facilitation program for exports-producing firms, and the incentive program geared towards the tourism and hospitality sectors. Other components of the agenda are initiatives aimed at the promotion of co-ownership, agricultural duty-free zones, and real-estate development projects, as well as the introduction of partial-credit guarantees and of insurance programs for the benefit of the agricultural sector.

Such an approach, which is focused on sustainable and inclusive growth, assumes that long-term macroeconomic and financial stability requires that the recessionary effects of a necessarily restrictive monetary policy (given the overall macroeconomic conditions) are offset by the greatest possible number of incentives, with a view to targeted revitalization of the productive sectors. More recently, Governor Dubois has enriched the pro-growth monetary-policy agenda by focusing on the development of agribusinesses and the blockchain technology to guide ongoing efforts towards two other lines of action: the development of financial markets and the deepening of financial inclusion. In the end, from these three vectors of action will emerge initiatives and activities that, once connected to the two themes (agribusinesses and blockchain technology), are likely to create a virtuous momentum that can generate an ecosystem endowed with synergy and leverage.

In the search for possible reforms to improve its capacity to resolve challenges, he continuously updating his own academic knowledge and skills specific to Central Bankers through online courses and mentorship programs for executives at Harvard University, Columbia University and Central Banking Seminar in London. These sessions have enabled him to acquire considerable expertise and to gradually develop extraordinary and exceptional capabilities to address challenges by combining operational research techniques, research of performance optimization, good practices and considerable common sense approach.