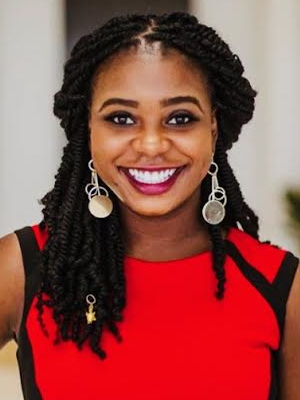 Kanesha Lenore Jean-Baptiste has been a community and youth advocate. Her career began as an advocate for DART (Domestic Abuse Resistant Team) a domestic violence organization. There she assisted in public education programs intended to empower survivors and their families affected by domestic violence, in North Central Louisiana. While living in Louisiana, Lenore attended Grambling State University where she obtained her B.A in Communications. After college, Lenore’s service continued when she became an AmeriCorps VISTA (Volunteers in Service to America). During her first year of service, Lenore was tasked to serve in Georgia, at Marietta YELLS, an afterschool program located in an under-resourced community. There she served as the Community and Youth Engagement Specialist. In those roles, she aided in building the organization’s youth mentorship programs that focused on economic development, academic achievement, and community involvement. After leaving Marietta YELLS, Lenore became the AmeriCorps Vista at Nevada Partnership for Homeless Youth, as the Community Engagement Specialist. In this position, Jean-Baptiste led corporate engagement initiatives and assisted in developing and implementing homeless youth outreach strategies.

Lenore currently manages the Nevada Partnership for Homeless Youth’s mentoring program. In this role, she is responsible for developing and implementing an evidence-based, trauma-informed mentoring program for vulnerable youth who are at risk or victims of Domestic Minor Sex Trafficking (DMST). Lenore is also the Executive Director of Larenn Space, a lifestyle brand that focuses on holistic wellness, empowerment, and self-care for professional women of color.