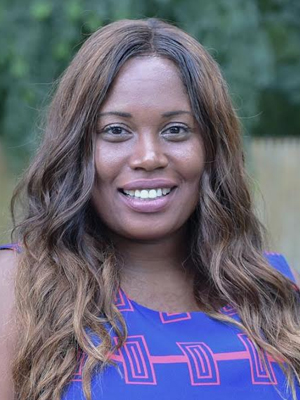 Kimberly Jean-Pierre is running for re-election to represent the 11th District in the New York State Assembly. Assemblywoman Kimberly Jean-Pierre was elected in the 2014 General Election, succeeding Assemblyman Bob Sweeney after he served this district for 26 years. She is the daughter of parents who migrated from Haiti to the United States. She attended Brooklyn College, and earned her Bachelor of Fine Arts in Creative Writing in 2005. In pursuit of her master’s degree, she attended Stony Brook University and earned her Master of Science in Public Policy in 2007.

Kimberly has a long record of public service in the Long Island region, working as an aide to Suffolk County Legislator DuWayne Gregory and former Congressman Steve Israel, as well as becoming Vice President of Properties at the Town of Babylon Industrial Development Agency. Prior to being elected to the State Assembly in 2014, she was the Director of the Town of Babylon’s Wyandanch Resource Center.

In the Assembly, Kimberly has made it her mission to be a strong advocate for working families. She is a proud member of the Assembly’s Children and Families Committee, and has consistently fought for funding increases for child care and prekindergarten programs in the New York State Budget. As the mother of a four-year-old daughter, Kimberly recognizes firsthand how essential affordable child care is to growing our local economies, as well as the need to expand early childhood education programs to better ensure positive educational outcomes. In addition to her efforts on behalf of children and families, Kimberly has also worked to deliver more resources to her district to address localized flooding and the opioid epidemic, and increase public school funding.

Among her legislative accomplishments, Kimberly spearheaded efforts in 2019 to lower the age requirement for annual mammogram screenings and passed the most comprehensive boating safety legislation in New York State history. She also introduced and helped pass legislation in the 2020-21 state budget to establish New York’s first-ever prescription insulin price cap. Kimberly has also made it her mission to fight against racial discrimination within the real estate industry; in August of 2020, Governor Cuomo signed Kimberly’s legislation into law giving New York State the authority to revoke real estate licenses under violations of the state’s Human Rights Law.

Outside of school and work, Kimberly has demonstrated a commitment to various causes. She is especially involved in the Haitian-American community and is the former Vice-President of Haitian Americans United for Change Inc. (HAUC), a community grassroots organization. After the devastating earthquake in Haiti in January 2010, the HAUC team created the Haiti Relief Project in coordination with local not-for-profits, clergy members, local businesses and various levels of governmental agencies. Kimberly was the coordinator of the Haiti Relief Project. She worked tirelessly to organize and sort through thousands of dollars of donated goods, including medical supplies, clothing, non-perishable items and more. She also coordinated dozens of volunteers as well as shipment arrangements for donated goods, transportation and storage of donations and much more.

Kimberly is Chair of the Assembly Subcommittee on Banking in Underserved Communities. She currently sits on the Education Committee; Corporations, Authorities and Commissions Committee; Economic Development Committee; Mental Health Committee; Children and Families Committee; and the Banks Committee. She is also part of the Black, Puerto Rican, Hispanic and Asian Legislative Caucus.

Kimberly is a homeowner in Wheatley Heights and is currently raising her four-year old daughter, Gianna.