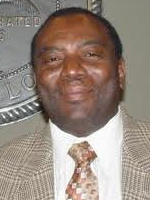 While in training at the University of Miami/Jackson Memorial Hospital during the early 80’s as visiting fellow, I came in contact with a significant number of patients of Haitian origin who were affected by HIV/AIDS and were not appropriately served due to language and cultural barriers. Conscious of the difficulties of providers to meet the challenges of the Haitian population of South Florida, I founded the Center for Haitian Studies (CHS) in 1989 with the purpose of improving the conditions of Haitians living in South Florida. The mission of the Center has been accomplished through the provision of health and social services and through community-based research. From 1988 to date, I have brought through research and outreach education intervention projects over 40 million dollars to the Haitian community of South Florida. I have filled a number of positions in community and government boards including the City of Miami and the City of North Miami. During the 2011 Leadership Conference held on board of the Carnival Destiny, I received from the Mayor of North Miami a Key of the City of North Miami in recognition of my dedication and services for the advancement of the Community. Since 2004, funds that cover the costs of operation of the Center for Haitian Studies as well as my income have been generated through the development of training programs for students from international medical schools. The development of networks to secure contracts with the international medical schools requires good reputation and good rapport with local hospitals, community physicians, local and national government officials since training for these students in the United States are subject to state and national policies.