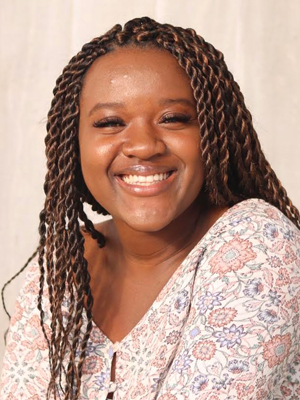 Laura Francois is a second-year student at the University of Miami. Originally from West Palm Beach, Florida Laura is majoring in Public Health and French with minors in Chemistry and Psychology on the pre-medical track. Her ultimate goal after graduation is to attend Medical school and continue her studies to earn an MD/MPH degree to serve as an Internal Medicine Physician or General Practitioner. As an established physician, she wishes to serve and or partner with underrepresented communities of Black populations including those in the Carribean, but most specifically of Haiti where there is not only a lack of medical practice but also an overall public health infrastructure for its citizens. In addition to being on the executive board of Planet Kreyol, Laura holds positions on CSA’s activity board and dance team, Minority Women in Medicine, Gospel Choir, and is a PEERS student ambassador for the School of Nursing and Health Studies. With aspirations of becoming a doctor focusing on health promotion and prevention, Laura loves to be involved and encourages everyone to do so as well.