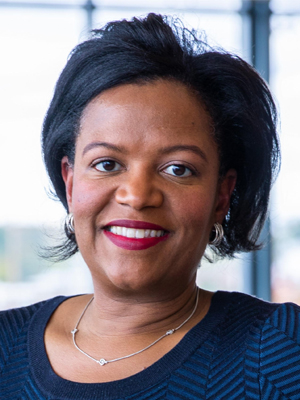 For over two decades, Senator Linda Dorcena Forry has dedicated her professional life to a career in public service, working in various capacities in both state and local government. As a first generation American of Haitian descent, she gained from her parents a strong work ethic and an understanding of the transformational power of education and recognized the value of civic engagement from an early age.

Senator Forry, 43, is presently in her 12th year of elected office in the Commonwealth of Massachusetts. In April 2013, after a highly competitive special election, Forry was elected to the Massachusetts State Senate. A native Bostonian, Senator Forry is the first woman and person of color to represent the Commonwealth’s 1st Suffolk District, a diverse and thriving cross-section of Boston which includes Dorchester, Mattapan, South Boston and Hyde Park.

In 2017, Senator Forry was appointed Assistant Majority Whip by Senate President Stanley Rosenberg. She was also named Vice-Chair of the Committees on Housing and Intergovernmental Affairs; and currently serves as a member of the Joint Committees on Transportation; Marijuana Policy; Export Development; and Children, Families and Persons with Disabilities. During the previous Legislative Session, Senator Forry served as Vice Chair of the Special Senate Committee on Drug Addiction Treatment Options and Application of Section 35. She continues to serve as a member of the Massachusetts Black & Latino Legislative Caucus and the Massachusetts Caucus of Women Legislators.

Senator Forry had the honor of serving in the Massachusetts House of Representatives in 2005 for the Commonwealth’s 12th Suffolk District, where she chaired the Joint Committee on Community Development and Small Business, and quickly became an authority on the concerns facing small businesses. With an assertive approach, she spearheaded major legislative initiatives, taking the lead on a broad range of critical issues, from promoting community-led economic investments, to protecting rights of temporary workers and ensuring every child has access to quality education. While in the House, she took on tough challenges as Vice Chair of the Joint Committee on Public Service, while serving on important committees such as: Telecommunications, Utilities and Energy; and Public Safety and Homeland Security.

Senator Forry remains committed to strengthening neighborhoods and empowering families by supporting legislation that spurs economic growth, job creation, business development and improvements to the state’s education system. She continues to play a leadership role on immigration issues at both the state and federal level. As the only Haitian American elected official in Massachusetts, Senator Forry remains committed to rallying her colleagues, advocates and immigrant groups across the state relative to issues significant to ethnic communities.