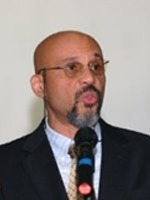 Born in November 1953 in a family of diplomats, writers and civil servants Louis-Henri Mars left Haiti early in his life to travel the world with his father who was an Ambassador of Haiti. After receiving a Diploma in trilingual translation and interpretation from the Scuola Internazionale Interpreti di Roma he also received a Diploma in Business Administration from The New York Business School.  Upon returning to Haiti in 1979 Louis-Henri Mars embarked in a 16 year career managing assembly and manufacturing plants of up to 2,500 employees. During this period he represented the business sector in the National Tripartite Commission dedicated to reviewing the Haitian Labor Code and worker’s labor conditions. Following the 1991 trade embargo he also invested in a supermarket and a water treatment operation.  His interest in the issues of leadership and conflict in Haiti brought him to devote more of his time to the development of leaders and the creation of several faith based associations dedicated to the nurturing of leaders in Haiti. Engaged in activities tied to the transformation of violent conflict since 2007 Louis-Henri Mars is a founding member and the Executive Director of Lakou Lapè, a Haitian Peace Building organization. Having received training at the Glencree Center for Peace and Reconciliation in Dublin, Ireland and at Eastern Mennonite University, Harrisonburg, Virginia he facilitates dialogues and mediation in violence prone neighborhoods and works with all sectors of the Haitian community including armed groups. Louis-Henri Mars is divorced, has three children and lives in Pétion Ville.