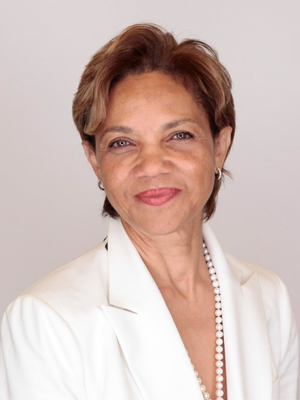 Mrs. Racine-Silva has more than 20 years of experience in the information technology industry and her company has been ranked No. 44 in the Washington Technology Fast 50, No. 280 on the Inc. 500, and No. 24 in the Top 100 Businesses in the Washington Metro Area.  She was the recipient of the American Express Open for Government Contracting 2016 Women Contractor of the Year Award, The Caribbean American Heritage Award for Entrepreneurship as well as The Women’s Presidents’ Organization Award in its ranking of the 50 fastest-growing companies owned or led by women.

Mrs. Racine-Silva was appointed to serve from 2012-2015 on The National Women’s Business Council (NWBC), a non-partisan federal advisory council created to serve as an independent source of advice and counsel to the President, Congress, and the U.S. Small Business Administration on economic issues of importance to women business owners.  She is a board member of Women Impacting Public Policy (WIPP) and former Chair of the Board of Global Centurion Foundation (GCF), a non-profit organization fighting human trafficking throughout the world.

She was born in Port-au-Prince Haiti and moved to the United States at the age of 5. Her parents are known throughout the United States as experts in Haitian Art. She is a mother of two, collects Haitian and Latin American art, and enjoys karate, golf, tennis and reading biographies.