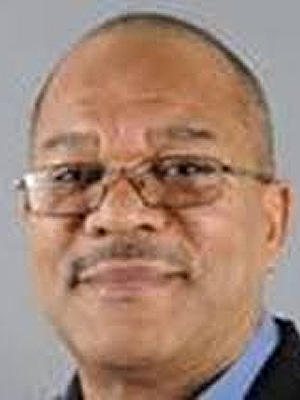 Senior researcher and bilingual specialist, he has been an affiliate member of the Faculté des Sciences de l’Education (FSED) of Université Quisqueya since 2016. Dr Marc Prou is recognized as an international expert in bilingual-bi-literacy education and mother tongue-based teaching-learning. He has many years of experience creating instructional materials, designing and delivering teacher training programs, and conducting research and evaluations in the United States, the Caribbean, and Haiti. Dr. Prou was the principal researcher of a literacy teaching-learning program at the pre-school and first cycle of basic school level, where he led in collaboration with other researchers a systematic review and evidence-based research on early reading in Haiti. He was also the Project Manager and Co-Principal Investigator on the Model Schools Network (REM) teacher professional development and continuing education program funded by The W. K. Kellogg Foundation and Pilot Education Systems Research, where he directed with a team the network of 200 schools of the LBES.

Between 1996 and 2015, Marc Prou held the position of Associate Professor in the Graduate Studies of Applied Linguistics and the Department of African Studies at the University of Massachusetts in Boston. He has delivered a number of general education courses and interdisciplinary seminars to the Graduate Studies of Applied Linguistics and the Undergraduate Department of African Studies. In addition to his regular academic teaching, he has led several summer and winter study abroad exchange programs with the Université Caraïbe in Haiti; with the University of the West Indies (UWI) in Kingston, Jamaica and La Universidad de Matanzas, Cuba between 1997 and 2012. Dr. Marc Prou was the founding director of the Haitian Institute of Language and Culture, at the University of Massachusetts, Boston; and also cofounder of the Haitian Studies Association (HSA), a leading academic association that focuses on scientific and academic research on Haiti from a multidisciplinary and transdisciplinary perspective. The Association publishes a leading scientific journal, Journal of Haitian Studies (JOHS). Currently, Dr. Marc Prou sits on the high executive council of the Haitian Studies Association (HSA).

During the 2004-2005 academic year, Dr. Prou was the recipient of a research fellowship awarded by the David Rockefeller Center for Latin American Studies at Harvard University. During the 2006-2007 academic year, he was a Visiting Research Fellow at the Center for Latin American and Caribbean Studies at Brown University, Rhode Island, where he led the development and establishment of a concentration in Creole culture housed in the Department of Francophone Studies. His research interests pay particular attention to bilingualism, international education, curriculum reform, curriculum evaluation, socio-cultural history and the impact of migration and Diaspora.

Prior to joining the faculty at the University of Massachusetts, Dr. Marc Prou worked for nearly two decades in Boston Public Schools from 1979 to 1996, as a high school bilingual/ESOL educator. He also worked as a bilingual educational consultant at English High School, the oldest public high school in Massachusetts, before becoming Bilingual and ESOL Program Director in Boston. He holds several teaching and administrative certificates from the State of Massachusetts. Dr. Prou was honored as one of Boston’s first three Grand Pioneer Award recipients in May 2011.

Dr. Marc Prou, as a consultant, has provided technical advice on bilingual and bi-literacy education to numerous school districts in several cities in the United States, where he has facilitated workshops for teachers and administrators, in order to help set up quality bilingual teaching-learning programs, based on the importance of using the mother tongue. Dr. Prou is fluent in Haitian Creole, English, French and Spanish.

Dr. Marc Prou arrived at Quisqueya University in 2016. He has worked to contribute to the transformation of school practices and conditions in Haiti. Through teaching, research and community engagement, he continues to play an important role with InnovED-UniQ team members in building teacher networks in multiple schools and geographic departments across the country. Together with other colleagues at Université Quisqueya, Marc Prou contributed to the launch of the Model School Network (MSN) in the Center department as an innovative approach bringing together three subnetworks of schools working in close collaboration. The main objective is to establish a longitudinal database for monitoring and evaluating quality, school governance, access to and support for learning.

He is the author of numerous books and scientific articles related to linguistics and education in Haiti and the Caribbean. His academic research has been published in numerous peer-reviewed scientific journals. He is the author of a number of book chapters and articles in academic journals, on social and cultural history, linguistics, migration, race and class, local development and educational subjects in Haiti and the Caribbean.