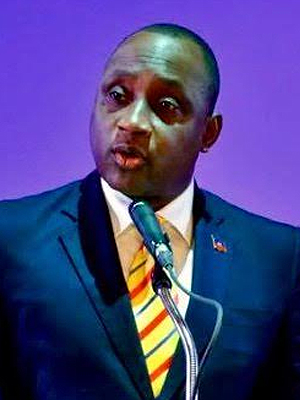 Mario Andresol is a former Infantry army officer and a former Commander in Chief of the Haitian National Police. He’s today the CEO of a security, strategy and defense consulting firm. He served in the Haitian Army from 1982 to 1995 where he held various positions until the rank of captain. From 1995 to 2012, he served as a senior police officer in the Haitian National Police where he was alternately appointed as a Police Commissioner in Petion-Ville from 1995 to 1997, then as a Principal Police Commissioner of the district of Port-au-Prince from 1997 to 1998. He became the Central Director of the Judiciary Police from 1998 to 2001. Finally, he was appointed Commander in Chief of the Haitian Police from 2005 to 2012. After his graduation from the Haitian Military Academy in 1984, he went to Lackland Air Force Base San Antonio, Texas and to School of Americas in Fort Benning, Georgia, where he obtained a diploma for a specialization in Army Infantry in 1985. From 1985 to 1987, he went to Ecole des Officiers de la Gendarmerie Nationale (EOGN) à Melun, France, where he graduated. Besides his military and police training, he studied International Affairs at Institute des Hautes Etudes Internationales in Port-au-Prince and he also detained a double diploma in Para Legal studies from New York Paralegal School in 2004.