Founder and Board President, PRODEV 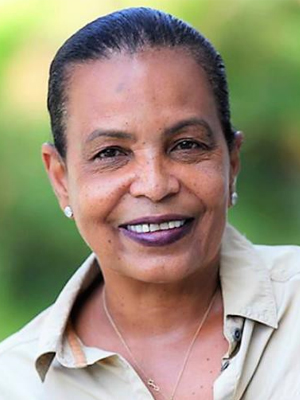 If there is one influencer who has made outstanding contributions in the corporate, government/private and education sectors in Haiti, it is a woman: Maryse Penette- Kedar. After a successful international career and dedicating her life to strengthening Haiti’s economic, social and political infrastructure; she has made Malala Yousafzai’s quotation “education is the only solution’’ her motto.

Today, Maryse Pénette-Kedar is the founder and President of the board of directors of the Progress and Development Foundation (PRODEV). As the daughter of an iconic leader in education, the Honorable Max Penette, she believes that education is the pathway to any nation-building enterprise. PRODEV was founded in 1995 and is a nonprofit Haitian-led foundation officially recognized by the government of Haiti. Its main mission is to empower the youth of Haiti through education, as Mrs Kedar strongly believes that only education can create a stronger, just and democratic Haiti.

Her public career started in the early 1980’s, when she successively served as a commercial attaché at the Embassy of Haiti in Washington, D.C. As a Minister Counsellor and Chargé d’Affaires at the Haitian Embassy in Belgium, she played a critical role in negotiating Haiti’s entry in the Lomé Convention IV, a trade and aid agreement between the European Economic Community (EEC) and 71 African, Caribbean, and Pacific (ACP) countries, signed in December 1989. From 1995 to 1999, she was Haiti’s Tourism Secretary of State and undertook a critically needed inventory of Haiti’s natural assets and gave Haiti its first Tourism Masterplan.

Subsequent to her career in Haiti’s Foreign Service, Mrs. Kedar returned to the private sector. From 2005 to 2007, she chaired the Association of Industries of Haiti, known internationally for its work promoting assembly plants in Haiti.

Maryse Penette-Kedar is also the President of the Board of the Haitian Center for Leadership and Excellence (CLE), which she founded in 2011 with a group of Haitian leaders from the political, private and civil society sectors. The main goal of this new and innovative leadership development center is to impact leadership for social change through training programs, research on successes and awareness raising activities.

Her civic mindedness and deep commitment toward Haiti has been recognized throughout the years. She is the recipient of the Grand Croix, the highest honor and recognition bestowed upon the Government of Haiti, for her accomplishments.