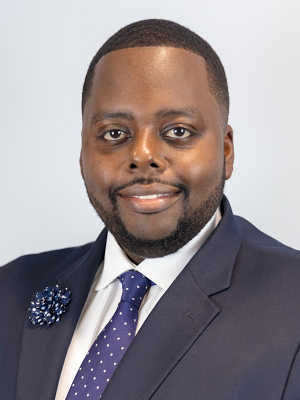 Prior to his appointment, McKenzie held chairman and member positions on several boards including Redevelopment Advisory Board and Multicultural Committee. McKenzie also served as the District Assistant to former State Representative Ronald A. Brise, District 108 of the Florida Legislature.

Commissioner Fleurimond has been an NMB resident for over 20 years and studied Business Administration at Johnson and Wales University. He also served as the District Assistant to former State Representative Ronald A. Brise in District 108 of the Florida Legislature.

Commissioner Fleurimond is the proud owner of McKenzie Insurance Group, Inc. and is licensed by the State of Florida in the areas of life insurance, health insurance and annuities. He is married to his wife Straussiana, who is a nurse. They both attend the Mt. Pisgah Seventh Day Adventist Church.

McKenzie is committed to serving the residents of North Miami Beach. Economic development, safety, recreation, wellness, as well as making NMB a competitive employer, are just some of his priorities. He looks forward to continue meeting and interacting with the residents, employees and business owners of North Miami Beach and he hopes together they can make a difference.

“We are destined for nothing more than we are committed to.”
– McKenzie Fleurimond