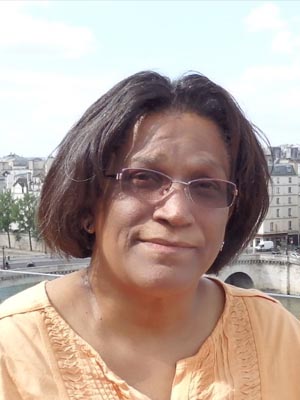 Michèle Oriol, born in Port-au-Prince, has a doctorate in sociology. A graduate of the Faculty of Ethnology of the UEH, she defended in 1992 Paris VII-Jussieu, her doctoral thesis on production systems and land structures in the South of Haiti, and produced numerous works on the land subject in Haiti.

An independent consultant to various national and international institutions, she has worked on various subjects such as; local authorities and decentralization, regional economy, territory development, land holding, agrarian systems, vocational training, education, etc. She has participated in the design and monitoring/evaluation of numerous rural development and environmental protection projects.

She has also taught at both Quisqueya University and the State University of Haiti where she directed the MA program in History, Memory, and Heritage/Criminology.

Founding member of the Foundation for Iconographic Research, she has produced, in collaboration with Patrick Vilaire, several exhibitions and educational publications around the history of Haiti: Images of Española and Santo Domingo (1979), Images of Haiti in the 19th Century (1981), Images of the Revolution in Santo Domingo (1989), Head of State in Haiti: Glory and Misery (2005), a history and civic education manual (2001). In 2002, she published the History and Dictionary of the Revolution and Independence of Haiti. She started at Editions de l'UEH the publication of a chronology of the history of Haiti.

Medal of Agricultural Merit and Knight of the Legion of Honor (French distinctions).

She has been executive secretary of the Interministerial Committee for Territorial Planning (CIAT) since November 2011.