Former Haiti Ambassador to Luxembourg, the Netherlands, Belgium, and the European Union 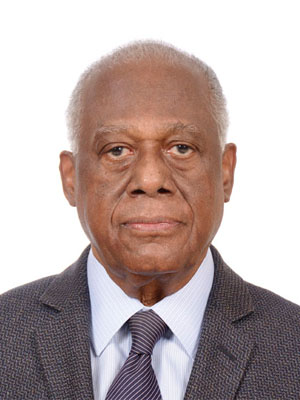 Raymond Magloire is a financial consultant to business, Government and NGO’s in Haiti. He is also a member of the Central Bank’s (BRH) Monetary Policy Advisory Group. Before, he was Ambassador to Belgium, Luxembourg and the Netherlands and to the European Union.

Mr. Magloire has been Governor and Chairman of the Board of the Central Bank (BRH) and also Chairman of affiliated institutions – Banque Populaire Haïtienne (BPH), Fonds de Développement Industriel (FDI). Prior to that, he was for many years on the Board of Banque de l’Union Haïtienne (BUH), a major commercial bank.

He has been the founding partner and manager of a business consulting firm in Haiti (SOGEFIN) and served as the representative of the European Union-ACP Center for Enterprise Development (CDE). He was appointed to the Board of the Investment and Export Promotion Agency (PROMINEX) and the Board of a handicrafts promotion institution (Fondation Zin d’Art).

In the academic field, Mr. Magloire has been a lecturer in economics at Queens College of the City University of New York, a visiting researcher at the Institute of Caribbean Studies of the University of Puerto Rico (UPR) and a lecturer in finance at Universté Qusiqueya in Haiti.

Mr. Magloire graduated from Ecole des Hautes Etudes Commerciales in Paris and holds an M.B.A. from Columbia University in New York, where he did additional post-graduate studies in economics.