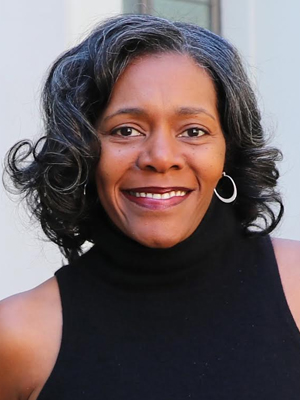 Dr. Regine O. Jackson is currently the Dean of the Humanities, Social Sciences, Media, and Arts Division and Professor of Sociology at Morehouse College in Atlanta, Georgia. She is also the 2022 President of the Haitian Studies Association. Jackson specializes in Haitian migration and diaspora studies, sociology of race and place; American immigration, and spatial inequality. She is the editor of Geographies of the Haitian Diaspora (Routledge, 2011) and The Context of Black Lives: Race and Space in Two American Cities; and author of Boston Haitians: Navigating Race, Place and Belonging in a Majority-Minority City. Other work has been published in interdisciplinary journals and edited volumes. She has received grants and awards from the American Sociological Association, Social Science Research Council, Radcliffe Institute for Advanced Study, Ford Foundation, Spencer Foundation, National Endowment for the Humanities, the Federal Reserve Bank of Boston, and the Bill & Melinda Gates Foundation. Before joining the leadership team in Academic Affairs at Morehouse, she taught at Agnes Scott, Emory University, and the University of Richmond. She was born in Brooklyn, New York, but was raised in the Boston Haitian community in the late 1970s and 1980s.