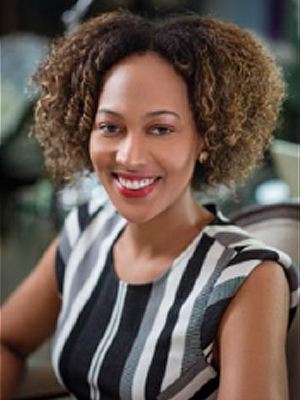 Régine René Labrousse is originally from New Orleans, LA of Haitian parents. She is a former Foreign Service Officer with the U.S. Department of State and an intercultural relations expert with experience working with the largest foreign direct investors and foreign donors in Haiti since 2010. She is known for spearheading innovative approaches enabling more people to get involved in socially responsible collective efforts, particularly for diaspora integration, cultural heritage, and social entrepreneurship. She is a former President of the American Chamber of Commerce in Haiti and serves on the Board of Trustees of Union School Haiti. She is a founder or co-founder of the following entities:

Replenish 509, a management firm collaborating with multi-sector leaders for systemic transformation in Haiti and spearheading funding for much-needed social impact. They assist through connections, collaborations, and contributions to shift the existing paradigm and to have a larger ripple effect on the socio-economic development of more people in Haiti. Replenish 509 leads virtual exchange programs for vetted initiatives in Haiti and exports products made in Haiti to the U.S. to stimulate the Haitian economy and build bridges with the Diaspora.

Kafou Lespwa, a platform for collaboration for systemic transformation in Haiti. Through transformative scenario planning, they catalyze collaborations to remove blockers and build trust to get Haiti unstuck. They facilitate a cohesive effort between civil society, political, and economic leaders.