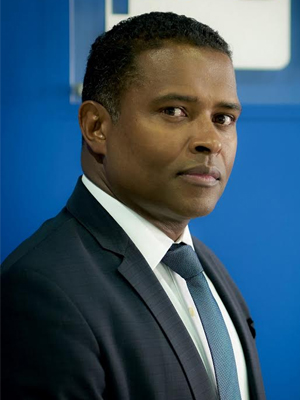 Robert Paret Jr. holds a Master’s Degree in Economic Sciences from the University of Rouen – Haute Normandie (France) with a specialization in Money and Finance.

He has conducted a career of commercial banker for more than 20 years during which he has collaborated with the major banks in Haiti. He has spent the longest part of his career in the field of credit and has been directly involved in many complex financial arrangements such as Project Finance setup and major operations of Merger and Acquisition (M&A).

His last position in the banking sector was Deputy CEO of Sogebank, which he occupied until the month of March 2013. In this position, he assured the supervision of all commercial units (Front Office), cash management, and the piloting of major strategic projects.

In 2013, Robert Paret Jr. has founded ProFin, which in 2016 became the first company to obtain from the Bank of the Republic of Haiti (Central Bank) a license to operate as an Investment bank in Haiti. As Chairman and CEO of ProFin, Robert contributes actively to develop the capital market in Haiti. ProFin also became the first actor in the Haitian market offering locally integrated solutions for portfolio management services.

Robert Paret Jr. is a founding member and Vice-President of the corporation Caribbean Investor Capital (CIC), a Haitian private equity fund, which started a capital raise over $16 million US dollars to make investments in companies operating in high-growth sectors of the Haitian economy and the Caribbean region. In September of 2019, CIC created ProCapital Limited, a subsidiary incorporated in Jamaica that will execute the investment strategy of the group outside of Haiti.

In April 2018, at the age of 45, Robert Paret Jr. became the youngest person inducted in the Hall of Fame of Finance of Haiti, a reward attributed jointly by Group Croissance S.A. and the Bank of the Republic of Haiti.