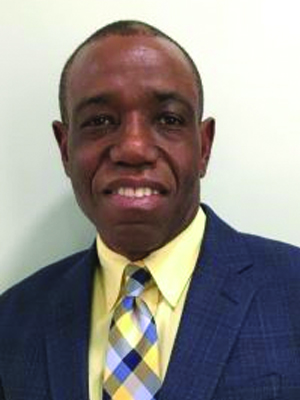 Rony Crevecoeur was born in Port-au-Prince, Haiti, and together with his siblings, migrated to the U.S. when he was 10 years old. He attended schools in Brooklyn and Queens, then studied engineering at The City College of NY. His goal to return to Haiti, where he held supervisory and managerial positions, was met immediately after graduation. During his six years in Haiti, he worked for various companies and spent a considerable amount of time in different parts of the country. Upon his return to the United States, he taught elementary and high school for a short time and worked for small engineering firms. Later, he obtained a position with the New York City Transit, as an Assistant Electrical Engineer. While in that position, he pursued and earned his Professional Engineering (PE) license which enabled promotions to increasingly more challenging positions, from Assistant Electrical Engineer to a Level III Senior Engineer/Resident Engineer. He also worked as a consultant for the School Construction Authority and started an engineering inspection service, to inspect residential, industrial, and commercial properties. During the past year, he obtained his Project Management Professional (PMP) certification. Lastly, Mr. Crevecoeur is a member of the Institute of Electrical and Electronics Engineers (IEEE) and the National Society of Professional Engineers (NSPE).