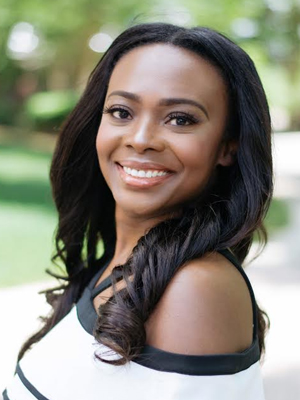 Sandra Florvella is the CEO and Founder of Haitian-Businesses.com andco-Founder of Haitea. Both companies are dedicated in the growth of the Haitian community abroad and locally. A native of Cap-Haitien Haiti, Sandra Florvella- Pierre moved to the United States at 15 years of age. Upon her arrival in the states more specifically in Florida, she felt the need to stay connected with her homeland… Haiti. However, she remained focus on her education. Faced with challenges of an unfamiliar environment and new culture, Sandra continued on to pursue her dreams by completing her education and studying Business Administration at Lynn University. Her passion led her to work with local government in South Florida as an unforgettable Executive Administrator for the last 13 years. Throughout the years as she progresses in this field, she obtained her mas- ters degree in Public Administration and Emergency Management.

As a business woman, Sandra felt compelled to remain attached to the Haitian culture even in her career. In 2013, after noticing a lack of connectivity between Haitian owned businesses/ Professionals and the Haitian community, Sandra created a platform to promote Haitian Owned Businesses in March 2014. Today Haitian-Businesses.com is extensively popular as a bridge to connect, to promote and to support Haitian Businesses. Fulfilling the need of the community, with Haitian Businesses she has held highly effective networking events in New York, Miami and most recently in Atlanta for entrepreneurs and professionals of the Haitian community. With over 66,000 subscribers, this movement has attracted the attention of not just the Haitian community but is has also obtained the support of icons who are well known friends of Haiti such as Donna Karan and Rohan Marley son of the great Bob Marley.

She was recruited to tour the United States with a team from the Minister of Tourism in 2015 and 2016. The Roadshows during both years were an open invitation to the diaspora to experience Haiti. Her noticeable fervency to showcase Haiti led her to collaborate with Executive Director of TV hit show Expedition Unknown by the Travel Channel. She landed her expertise to the show which focused on sharing the raw Haiti experience. The show was produced in Haiti in spring 2015. As a leader, Sandra’s achievements have garnered recognition from the Consulate of Haiti in Miami, Miami Caribbean Code, the Haitian Heritage Museum, Hope for Cities, Haiti Cultural Exchange, Womeneur.com and the MDC TV Show. In June 2016, she was honored as a Top 20 Under 40 Young Professionals by the Haitian-American Chamber of Commerce of Florida. The award was bestowed by guest of honor and current President of the Republic of Haiti Jovenel Moïse. In 2018, she joined the Hultz Prize board of Cap-Haitien, (a movement endoresed by the United Nations).

Recently, she attended these highly attended events as a guest speaker at the Haiti Tech Summit in Montrouis Haiti, The Haitian-American Business Summit in Miami Florida and The Haitian Ladies Symposium in Washington D.C. and National Alliance for the Advancement of Haitian Professionals 6th Annual conference in New York. Wirh her platform she has hosted complementary workshops in Haiti for young entrepreneurs and professionals in Haiti. Her philanthropic works put her on a journey with Sow A Seed. Following the devastating Hurricane
Matthew, she has partnered with Sow A Seed to give back to children in the most affected areas. Since then, she continues to work side by side with the organization as a board member. Sow a Seed is a non profit organiza- tion who empowers children and mostly orphans year round and they also support local busi- nesses through the organization.

Sandra is currently working along side business owners and chamber of commerces of the Hait- ian community around the world as a link to keep them connected on one network. Her platform with Haitian Businesses has become a ground for inspiration, education and collaboration. Lastly, she’s also eager to share the taste of Haiti with the rest of the work through her brand new tea company Haitea. She firmly believes in supporting Haitian Businesses as a way to strengthen businesses of her community.