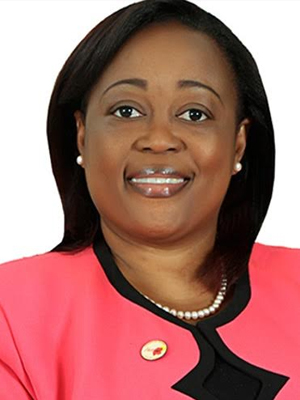 Senator Dieudonne Luma Etienne grew up in Cap-Haitian where she attended the preschool of Man Max at 2K Street, carries out her primary course at the Sisters of the Congregation of the Daughters of Mary, commonly called Mother Beige. In high school, she is admitted to the Sisters of St. Joseph de Cluny, but she finishes her studies at the New College of the North. From an early age, she can detect at home the interpersonal and leadership skills. As soon as her classical studies were completed, she enrolled in administrative sciences at the Notre-Dame University of Cap-Haitian, where she graduated with a degree. She also studied law, social communication, computer science, and ticketing and tourism at King Henry University Christophe. Thanks to a scholarship from the French Embassy, ​​in 2012 she studied finance and economics of culture in Paris-Dauphine. But it is especially tourism and entrepreneurship that she will devote herself to. Indeed, after learning ticketing, Dieudonne started as a simple employee at the “Voyages Plus” travel agency during the embargo. She became a member of the Northern Chamber of Commerce and then becomes a member of the Board of Directors of the Northern Chamber of Commerce.

She served as executive director of the Northern Branch of the Tourism Association of Haiti (ATH), then vice-president of this regional branch. In 2010, Senator Etienne has the opportunity to be appointed departmental director of the Ministry of Commerce and Industry and three years later, she is transferred to the Ministry of Tourism as Regional Director of Tourism in Northern Haiti where she engaged in the evaluation, planning, and organization of tourism products in the northern zone of the country.

She has been in turn: Regional Director at the Ministry of Trade and Industry (MCI); Regional Coordinator for MARKET / USAID; she was also director of the Prima / EU project before running for the position of executive director of the Tourism Association of Haiti / North.