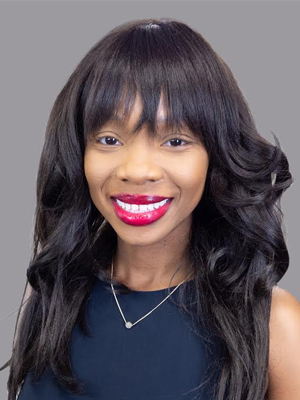 Sofia’s commitment to justice and human rights was inspired by her experiences growing up in an immigrant family. Her zeal interests in working with immigrants come from analyzing cross-cultural conflicts, global migration, and helping immigrants navigate our complex immigration system.

Sofia’s has a direct understanding of the challenges facing immigrants in the United States; she has worked with variety of immigration issues focused on adjustment of status, family based immigration, Appeals, Removal (deportation) proceedings, employment based immigration, migrants and refugees from different backgrounds where she witnessed how individuals were deeply affected by their immigration status, which sparked a passion in immigration law and policy.

She has worked as the Immigration and New Citizen Services Coordinator for the City of New Jersey, Mayor’s Office of Welcoming Communities where she assisted in decision-making and policy development. She worked as the Legal Fellow at the Immigration Law Firm, in New York City, she provided support to the attorneys with pending cases, communicated with various federal and state agencies, contacts clients and prepared immigration applications, and conducts legal research.

She has also worked as the Job Development Refugee Services Fellow at the U.S. Committee for Refugees and Immigrants (USCRI) in Albany, New York assisting recently arrived refugees and immigrants with employment preparation for entry-level job. Sofia’s other positions include, summer internship at the State Attorney General Offices of New Jersey and Maryland.