Director, The City of Elizabeth Department of Recreation, NJ 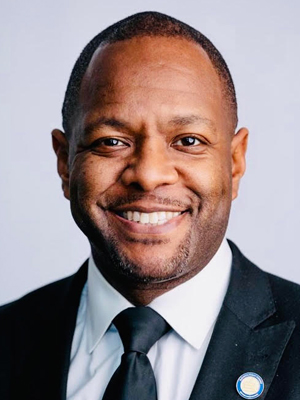 Stanley Neron is an experienced inspirational speaker, human service and social service advocate, and spiritual steward. His commitment and service to others manifest in many aspects of his life. Stan holds a bachelor’s degree in Public Administration and collateral in Africana studies and is determined to assure that students of color achieve, enter and complete their educational goals.

Stan managed and grew the Office on Youth Services for over ten years before his promotion to Assistant Director of the Department of Health and Human Services for the City of Elizabeth. There he provided invaluable coaching and supervision to employees that are charged with providing quality services to some of the City’s most vulnerable residents to include seniors and children. His ability to manage a successfully is a result of his entertainment career prior to public service. During that time, he worked as a writer, producer, filmmaker, and talent agent. He established deep rooted relationships with representatives from HBO, VIACOM, and Universal was even nominated for an NAACP Image Award. After the Haiti earthquake in January 2010, Stan co-founded New Jersey for Haiti, a coalition established to help provide relief and address long-term needs in Haiti.

In 2013, Stan and his business partners launched a new venture, First Republic Restaurant and Lounge which focuses on fine Haitian cuisine, art and culture and is now an Elizabeth destination and has been recognized as one of the best Caribbean restaurants in New Jersey. Stan is a past President and currently serving in his third as commissioner on Elizabeth Board of Education. On May 1, 2019 history was made when Stan was appointed to the Mayor’s cabinet as the first black Director for the The City of Elizabeth Department of Recreation.