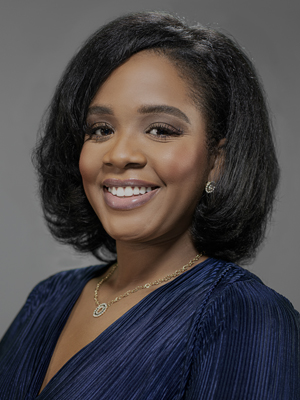 Vanessa Joseph, Esq., is currently the City of North Miami’s Elected City Clerk. In this office, she makes history as both the City’s youngest and first Black female City Clerk.

Vanessa is a well-respected attorney. In addition to serving the people of North Miami in her elected capacity, she serves as a Supervising Attorney for a notable non-profit organization dedicated to the needs of South Florida’s immigrant population.

From the University of Miami, Joseph earned a bachelor’s degree in Political Science, a Master of Public Administration and a Juris Doctorate. Before fully launching her legal career, Joseph spent her years as a law student working as an advocate for immigration and human rights. During that period, she served at two legal clinics, where she fought on behalf of South Florida’s immigrant community. She also advocated for veterans, persons with disabilities and individuals with HIV and AIDS.

Today, as a practicing local attorney, Vanessa continues to provide legal services to vulnerable populations. She was recently honored as Legacy Miami’s “Most Influential and Prominent Black Women in Business and Industry” for 2019. In 2017, Vanessa’s dedicated work earned her the distinction of being named among the 20 Young Professionals Under 40, by the Haitian American Chamber of Commerce; likewise, Legacy Magazine South Florida also selected her among its 40 Under 40 in 2017. Joseph is a member of numerous community-based organizations, professional associations, and two boards at the county-level.

Vanessa is a purposeful and fervent agent of change. Vanessa Joseph is a passionate servant leader dedicated to ensuring the needs of her community are met through access to all necessary tools to advance progressively.