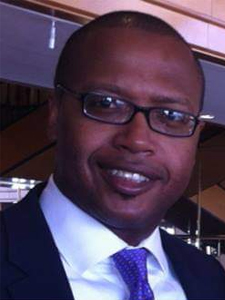 Vladimir LABORDE, Project Executive—MBE & Corporate Engagement, is an international business executive and consultant with a rich background in, and understanding of, public policy, the global technology industry, the U.S. and Caribbean business communities, and U.S. Capital Markets. Mr. Laborde sits on the Board of Directors of Organizations that include E-Ponte Foundation, the Haiti New Orleans Heritage Task Force, Sails for Sustenance, and the Krewe De Karnival. He also leads the Trade and Relations Association, Twin Sisters Reunited.

Mr. Laborde currently serves as the CEO of Basin Street Technologies, a cyber security and telecom company. Until recently, Mr. Laborde served as Executive Director of SanteNou, a US-based company providing Software Applications and Logistics support for health care services throughout the Caribbean.

Previously, Mr. Laborde was recruited to represent the Inter-American Development Bank to lead the Rebuilding of Haiti’s Energy Sector after the devastating Earthquake of 2011. In 2015, he was appointed as the Executive Secretary of the Presidential Advisory Council on Economic Growth and Investments for the Republic of Haiti. In 2017 Mr. Laborde was then employed as the CEO of the American Haitian Chamber of Commerce. Mr. Laborde has worked in close collaboration at a high level with American companies and Executives of fortune 500 companies. Mr. Laborde has developed and executed projects with IDB, World Bank, USAID, IOM, the Clinton Foundation, and the United Nations.

Mr. Laborde began his career in Boston, as a Bond Trader at Fidelity Investments, and then as an Accountant Administrator at State Street Bank &amp; Trust, all while attending Boston  University with a concentration of studies in Economics (Major) and Political Science (Minor). He later moved to Morgan Stanley, where he worked as a Private Wealth Manager in Miami, Florida.

Mr. Laborde grew up in Haiti, New Orleans, and Boston. A Haitian Citizen proud of his Haitian heritage, he has focused his professional work on connecting a global community as well as fostering transformative relationships through committed stakeholders to strengthen Haiti through investment, philanthropy, and social entrepreneurship. Through long-standing relationships maintained in New Orleans business and MBE communities, he co-founded the Haiti-New Orleans Heritage Task Force, a partnership of the City of New Orleans Mayor’s Office, Tulane University Payson Center, Xavier University, and other institutions, including the Amistad Research Center, https://www.amistadresearchcenter.org/, an independent research center committed to collecting, preserving, and providing open access to original materials that reference the social and cultural importance of America’s ethnic and racial history, the African Diaspora, human relations, and civil rights.